SONS OF THE AMERICAN LEGION 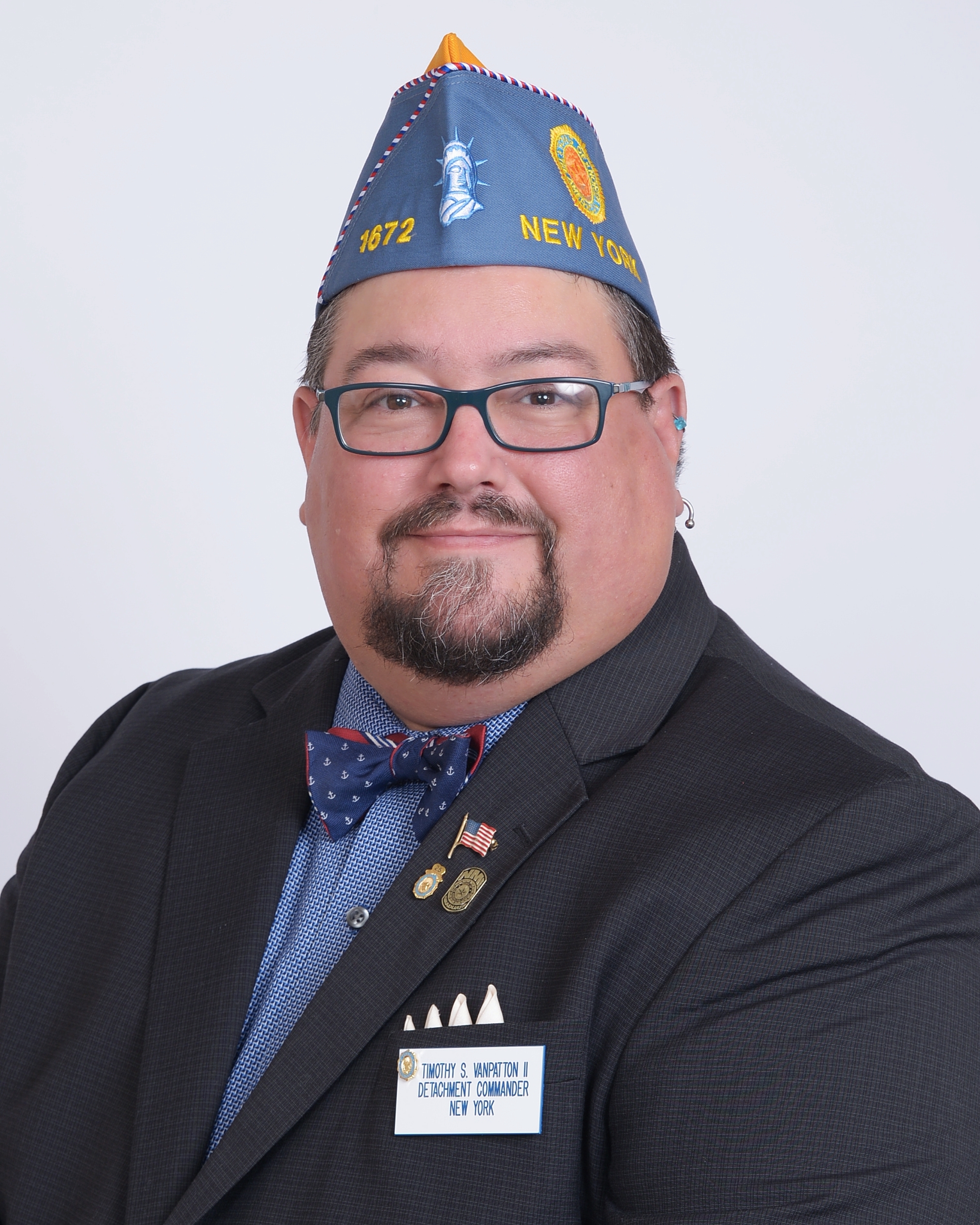 Timothy S. Van Patten II, from the Alfred J. Jurek Squadron #1672 located in Swormville, NY, is a 28-year member of The Sons of The American Legion.

Tim can claim eligibility for membership through the service of many veterans in his life, including his great-grandfather Allen Van Patten, a US Navy hospital apprentice during WWI, his grandfathers Harold Beiter and Lester Van Patten, both of whom served in the US Army during World War II, but most directly through his father, Past Department Commander and current Alternate National Executive Committeeman Timothy S. Van Patten, a US Navy veteran whom served as a damage controlman on the USS Navasota, a jumbo oiler, during the Vietnam War.

Tim has held many positions on the Squadron, County, and District levels. Tim has served the Detachment as Historian and as a Vice-Commander. He has also served on the Public Relations Committee and has been Convention Chairman for the past few conventions held in Buffalo. Tim also served as the National Historian for 2018-2019.

Tim has spent 30 years working in the entertainment industry in positions ranging from stagehand to being a lighting, audio, and set designer and production manager. Tim has been fortunate enough to tour with acts ranging from musicians to Broadway productions. Most recently Tim has been the stage crew advisor and technical director for Williamsville South High School.

Tim has also worked as an EMT for a commercial ambulance company as well as being a member of a volunteer fire company. He is also certified as a NYS advanced hazardous materials technician and volunteers with the Erie County Hazmat Team.

Additionally, Tim is a First Lieutenant in the Civil Air Patrol, The Auxiliary of the US Air Force. As a member of that organization, he holds many positions in his Squadron, is the Western New York Group Public Affairs Officer and has served as the New York Wing Historian.